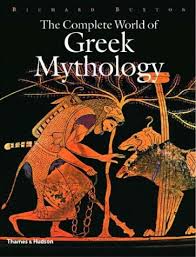 Basically the quote by Roger D Abrahams that “male values are embodied in narrative form.  And . . . [that] the male ideal of women is projected in such [hero] tales” is a reasonable evaluation of Greek myths.  However, that the latter comprises mainly of “inaction, constancy, and a willing subordination” on the part of the women in these Greek myths is an understatement  which seems to ignore the main characteristics of most of the women therein.

These were portrayed as Goddesses, nymphs, semi-immortal and mortal humans who were usually the wives and daughters of Gods and/or royalty.  On rare occasions there were passing references to serving-maids, of the latter, who were indeed passive and subordinate both to the royals and to the story to which they were incidental.

According to my references, the characters of all the above women were portrayed with little disparity, for example the authors’ views of Hera were virtually identical.  Hera was
acknowledged as Queen of Heaven, wife and sister of Zeus, Lady of marriage and guardian of children, and , as were most of the women of Greek mythology, very beautiful.  However, it was also agreed that she was jealous, revengeful, cruel, and capable of great cunning.

Proud, revengeful, and jealous, Hera resented  the fickleness of her husband’s affections, and was wont to wreak her revenge on any being, mortal or divine, upon whom he looked with too much favour.  (Guerber, 1978 ed., p. 33)

Hera was anything but subordinate to Zeus, though when necessary she would appear to obey him until an opportunity arose to defy him surreptitiously.  As evident in many of the myths she meddled in the lives of various heroes and heroines, often through an agent.  For example, having engineered his subservience to Eurystheus, SHE chose the tasks, which Heracles must perform to earn his freedom, that were apparently set by Eurystheus.

Admittedly, these negative traits of jealousy, meddling, revenge and guile are male ideals of the negative side of women, just as beauty, nurturing, and kindness are the positive ideals. It is balanced to show both negative and positive traits, but in the Greek myths the balance was often heavily weighted on the negative side.  This view of the dual nature of women as seen and portrayed by the male may be traced to the very nature of motherhood, that of nurture and punishment.

The fact that it is woman who bears and rears children means that it is first and foremost a child’s mother who not only loves and protects him but also thwarts and punishes him.  The twin experiences of mother’s love and mother’s rage seem to implant an ambivalent attitude to women in general, which is reflected in beliefs  about the supernatural.” (Encyc. of World Mythology, 1975, p. 29)

It is believed by many of my references that the Greek males saw the negative traits of the women as representing the anima, or femaleness in themselves, which they considered a weakness to be resisted and subdued at all costs.  Hence they had to overcome, on their journeys, many females both mortal and immortal who displayed various combinations of these negative traits.  An example of this was the variety of feminine types that Odysseus came into contact with – Circe, Calypso, the Sirens, Nausica – with Athene throughout his ordeals.  Each were faced and dealt with according to their difficulty, with Odysseus using the anima in himself to solve the problem set and to outsmart them.

His wife, Penelope, was beautiful and apparently subordinate to men, patient and faithful to her husband despite the pressure brought to bear on her by her family and the suitors.  This last characteristic revealed a strength and determination which does not fall within the parameters of Abraham’s quote.  In addition to these traits, she also displayed a degree of deviousness in the way she chose to foil her suitors – by unravelling her cloth at night, and setting the suitors a task that she knew was beyond them.

Curiosity, gullibility and vanity are traits depicted in mortal women.  Pandora, whose curiosity caused her to open the box and let out all the ills that have since plagued mankind, condemned all women to be labelled thereafter as she was – the bringer of evil, and the downfall of man.  The daughters of Pelias were gullible when they allowed Medea to trick them into killing their father in the hope of giving him new life, as Glauce was vain when she donned the poisoned robe and tiara that Medea had sent as a wedding present.

Medea was portrayed as an evil and wicked witch who led Jason astray – another of those supposedly feminine traits.  Circe, on the other hand was shown as a good witch, once she had been over-powered by Odysseus.  She released his men and regaled them for a year, cleansing him and advising him on the obstacles ahead of him.  Essentially I find her to be distinctly feminist in her reaction to male visitors to her palace, and she definitely does not fit Abraham’s quote.

Finally there is the representation of woman as the Mother-Goddess, or rather the lack of it.  Admittedly, Hera was the Goddess of marriage, and Demeter was the Goddess of Harvest and epitomised the mother/daughter love-bond.  But the kind, loving, nurturing mother figure that Goddesses originally were was alter -ed by Homer and his fellow mythographers to become less threatening to men.  Any mature Goddesses were given strong negative traits as already discussed, or presented as androgenous figures (like Artemis) whose youth and innocence was non-threatening.

Thus, rather than possessing “attributes of female sexuality and motherhood” they tend to be virginal, and they “combine within themselves attributes of generosity and grace and also those of horror and destruction.” (Encyc. of Greek Mythology, 1975, p. 32) There is a duality in which “the giver of life is clearly seen as the being who also takes it way, and in which promises are hollow and temporary, and hope a mockery.” (Encyc. of Greek Mythology, 1975, p. 32)

Liberman, Anatoly.  ‘Between Myth & the Wondertale’ in MYTH IN LITERATURE.

2 thoughts on “THE REPRESENTATION OF WOMEN IN GREEK MYTHS.”